The truth is…it’s a struggle for every single one of us.  Some people look like they have it all together.  Some people act like they don’t struggle.  Some people even believe that they are immune, but the reality is that everyone of us fights an inward battle that we will never win until we are honest.

It is the battle with temptation.

Now, I realize that not everyone who reads this will acknowledge the idea of “sin” or temptation, but I think we can all acknowledge that it is possible for us to do things that hurt other people and vice versa.  For me that is the very definition of sin and sin starts with temptation.  Here’s what I know about temptation – it usually starts in our minds and we tend to hide the fact that we are struggling with it – and as long as we do, we aren’t going to win!  That’s a problem.

Temptation – it usually starts in our minds and we tend to hide the fact that we are struggling with it – and as long as we do, we aren’t going to win!

And in case you were wondering, the problem is bigger than we think – here’s why:

So what can we do?

In 1 Peter 4 – Peter tells us to arm ourselves with the attitude of Christ in the battle against sin.  Christ went to the cross with eyes wide open – knowing that it was going to be a great battle.  He was honest and open about not wanting to do it, but having a willingness to obey the Father.  That gives us a real key to fighting back against sin: honesty and humility.

What if we were humble enough to acknowledge that we need help?  I think that honesty and humility would begin to produce habits and lifestyles that would produce a different legacy.

So, start with being honest with God daily.  Then be honest with a trusted friend, and maybe we can grow in a way that will help us fight back against sin.

A final question for you all – is the way you are currently living going to produce the legacy you want to leave behind?  If not, why not honestly and humbly ask for help. 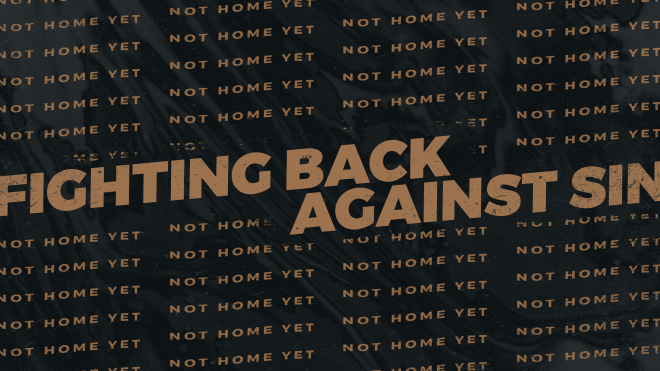 Why You Won’t Win Unless You Are Honest With Yourself